The new Vauxhall Vivaro is now one of very few British  built vans and Vauxhall have not been shy of waving the Union flag to remind us of the fact. Already a great van before the facelift, have Vauxhall improved the Vivaro. 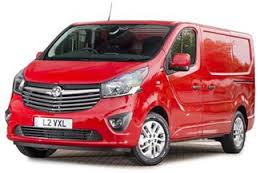 With nearly a million of the Vivaro sold, the customer base for this van is already a large one. But Vauxhall have chosen to launch the Vivaro just as the new Transit Custom, VW Transporter facelift, Vito, Citroen Dispatch, Fiat Scudo and Peugeot Expert have been launched, so it needs to be very good.

The new front end is aerodynamically a big step forward and it looks good as well. Good air flow equals low wind noise and in the case of the new Vivaro, they have been successful. Running lights are now LED with great headlights and large, clear indicators.

Its worth mentioning something that I think is really clever of Vauxhall. They have made the interior load area slightly longer, 100mm to be exact, but it is the same height and width as the outgoing van. Vauxhall believe that racking will move over from your previous van. With BT and British GAS as enormous operators of the previous model, this is a swish move.

All engines are derivatives of the 1.6 litre that Vauxhall have spent three years developing and installed in cars as well as vans. The baby, at 89bhp, is very relaxed and easy to drive. With an economy figure of 46.3 mpg and emissions of 160g/km it will be the best seller on price alone. The more powerful, 113bhp and 118 bhp versions are actually more economical but more expensive. 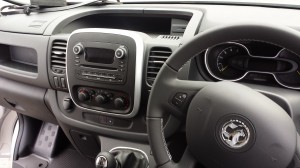 Modern vans drive well and the Vivaro was always going to be up there with the best. Vauxhall have done an excellent job of making it drive like a car. Quiet, comfortable and with great vision all round, the Vivaro will be a popular van for city based drivers. Brake balance is exactly what you want in a van and the gearbox is as good as anything out there.  Most models have air conditioning as standard with radio/CD players. The cab storage is sufficient to keep it clutter free and quiet, with power points for sat-nav and laptops. The driving position is so adjustable that you can easily get comfortable. The cab has three seats as standard and the middle seat folds down to reveal storage behind  with the back rest now making a small desk.

What is the best electric car to lease in 2019? When is that new Model 3 Tesla ready to price and order? Looking back over … END_OF_DOCUMENT_TOKEN_TO_BE_REPLACED

Audi A3 Car Leasing Deals Happy new car day to this Camden-based personal leasing customer. And a big thank you to … END_OF_DOCUMENT_TOKEN_TO_BE_REPLACED

The Ultimate Electric Supercars are available now Nothing has given the world of EVs more credence, or excitement, than … END_OF_DOCUMENT_TOKEN_TO_BE_REPLACED

Thank you to our business car leasing customer, from Hereford, for sending pictures of their latest fleet addition - the … END_OF_DOCUMENT_TOKEN_TO_BE_REPLACED

If you are able to turn your attention away from the COVID/Coronavirus situation for just a moment, you may remember that … END_OF_DOCUMENT_TOKEN_TO_BE_REPLACED

Do I have to pay a big deposit when I lease a new car? Firstly, thank you for the pictures of this brand-new BMW 3 … END_OF_DOCUMENT_TOKEN_TO_BE_REPLACED

Thank you to our business car leasing customer, from … END_OF_DOCUMENT_TOKEN_TO_BE_REPLACED

Audi PHEV Car Leasing Thank you to our business … END_OF_DOCUMENT_TOKEN_TO_BE_REPLACED