Motor Costs – Going in One Direction (the wrong one…)

It seems like motoring costs have forever been increasing, whether it is the cost of the vehicle, the cost of finance, fuel prices, servicing or insurance, each seems to be encroaching on the unaffordable for many people. In the world of fleets and company cars, some adopt the Whole Life Cost approach which looks at all costs associated with a vehicle, i.e. not just the monthly rental but some of the facets noted above, i.e. what are the likely maintenance costs? What level of tax will the company or the company car driver pay?

In the world of private motoring, much of this thinking has been applied as individual consumers have been forced, sometimes by necessity, to truly appreciate the cost of running their car. It is no surprise that the leading vehicle purchases are smaller, more frugal, vehicles which aim to reduce fuel, servicing and, above all, insurance costs. 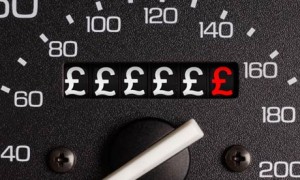 Are you watching your costs build with every mile?

Insurance has been an ever-increasing issue for drivers, in particular younger drivers. In some instances, the cost of insurance outweighs the actual cost of the vehicle, making the whole process vastly unaffordable. Although recently, changes to discrimination laws have seen a small decrease in insurance premiums. In order to target insurance premiums, measures are now being put in place to reduce motor costs, according to the BBC.

The Government is now reviewing the UK’s compensation culture which appears to have arisen around Whiplash. The number of claims, and costs thereof, have been pushing insurance prices up and up and the Government now wants this to change this with the introduction of independent medical panels to identify false or over-stated whiplash claims.
What is Whiplash?

The actual concept of whiplash is relatively unknown by most people. According to NHS Choices (http://www.nhs.uk/conditions/Whiplash/Pages/Introduction.aspx), Whiplash is caused by the sudden movement of the head which damages ligaments and tendons leading to neck pain and stiffness. In most cases, recovery will fall under 32 days but in some cases, pain can exceed 6 months and lead to complications for example anxiety and depression. 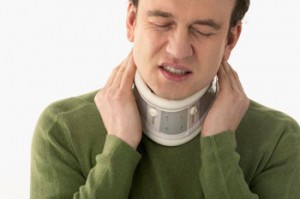 Are fraudulent claimants really due to get it in the neck?

The Future of Whiplash Claims

The Government is now trying to identify those who target the insurance system in order to benefit themselves, which is resulting in genuine hard-working people facing higher premiums. The UK also want to shake off its reputation as the Whiplash centre of Europe, as claims here are well in excess of our European counterparts.

These moves has been well-received by the likes of the Advanced Motorists, RAC, AA and the medical profession. Hopefully this can turnaround our culture of spurious claims and also reduce those lawyers and/or claims teams which specifically target this area of business along with the fraudulent claimants.

What is the best electric car to lease in 2019? When is that new Model 3 Tesla ready to price and order? Looking back over … END_OF_DOCUMENT_TOKEN_TO_BE_REPLACED

Audi A3 Car Leasing Deals Happy new car day to this Camden-based personal leasing customer. And a big thank you to … END_OF_DOCUMENT_TOKEN_TO_BE_REPLACED

The Ultimate Electric Supercars are available now Nothing has given the world of EVs more credence, or excitement, than … END_OF_DOCUMENT_TOKEN_TO_BE_REPLACED

Thank you to our business car leasing customer, from Hereford, for sending pictures of their latest fleet addition - the … END_OF_DOCUMENT_TOKEN_TO_BE_REPLACED

If you are able to turn your attention away from the COVID/Coronavirus situation for just a moment, you may remember that … END_OF_DOCUMENT_TOKEN_TO_BE_REPLACED

Do I have to pay a big deposit when I lease a new car? Firstly, thank you for the pictures of this brand-new BMW 3 … END_OF_DOCUMENT_TOKEN_TO_BE_REPLACED

Thank you to our business car leasing customer, from … END_OF_DOCUMENT_TOKEN_TO_BE_REPLACED

Audi PHEV Car Leasing Thank you to our business … END_OF_DOCUMENT_TOKEN_TO_BE_REPLACED