The EU have announced that CO2 emissions of cars must average 95g per km. In reality where a car achieves these figures, the fuel saving over the life of the car can be as high as 25%.  Personal Car Leasing will increase in payment per month marginally as the additional cost of production is absorbed into the deal,  the saving in fuel costs by our calculations will still mean an overall saving of 15% on a personal lease over its term. In business terms, it is common that business contract hire is taken to cover busy use and  higher  mileages leases,  here the savings will be more exaggerated. Once again here this will have a material effect on Benefit In Kind, hopefully a positive one.

Savings of £100 per month can be expected on fuel use alone and that assumes that fuel does not increase in price, which it will do. 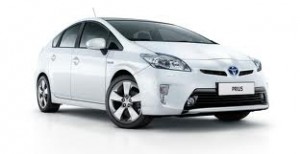 these new models will fall easily into the category  but in time will become normal as a new band of Eco develops which  has extremely low CO2 emissions.

This is not happening tomorrow, with manufacturers only being asked to achieve targets on or before 2020. But in fact some cars are already close to or in fact achieving the standard. The new Ford ECOnetic is well within the

required CO2 levels for 2020. Tomorrow, I will run a blog on the Fiesta ECOboost with a test drive posted on YouTube as well.

Amazingly, savings of more than 35m Euro is expected once the new rules are completely applied. Although it is the view of many that well before that point, it will be necessary to set new even more stringent CO2 targets.  We may though have no choice in the matter as the US has passed laws, laid down as an idea from the President himself, to target all US vehicle production to be at less than 93kg/km by 2025.

This report has been put together may a group including Nissan, the European Association of Automotive Suppliers and the European Climate Foundation. Its focus was mainly on engine improvements, but it recognises that many other changes will help in achieving the target, such as lighter cars and stop start systems. Way before the actual announcement, VW has declared itself committed to achieving the 95 g/km target and added that they intend to be the most environmentally sustainable car builder.

The China question.  Exactly where do China sit in all this. Demand is burgeoning in China and is being satisfied by average, cheap cars which will certainly not be anywhere near the new emission targets of the US or Europe.  As long as their own market continues to grow, this matters not a jot but by the time they decide, or need, to come to the American or European markets, they will need to be emissions competitive, by law.  In India, massively growing demand has led to cheap cars like the Tata but similarly,  what when they want to sell outside India.

Concerns have been raised by the European Automobile Manufacturers Association. They point out that and increase in price in the car will mean a customer simply cannot afford the car in the first place and will choose to buy a dirtier, used car.  But in leasing terms, where the cost saving  is more than the increase in price, the monthly cost is immediately lower and will cause a swing to personal leasing.

What is the best electric car to lease in 2019? When is that new Model 3 Tesla ready to price and order? Looking back over … END_OF_DOCUMENT_TOKEN_TO_BE_REPLACED

Audi A3 Car Leasing Deals Happy new car day to this Camden-based personal leasing customer. And a big thank you to … END_OF_DOCUMENT_TOKEN_TO_BE_REPLACED

The Ultimate Electric Supercars are available now Nothing has given the world of EVs more credence, or excitement, than … END_OF_DOCUMENT_TOKEN_TO_BE_REPLACED

Thank you to our business car leasing customer, from Hereford, for sending pictures of their latest fleet addition - the … END_OF_DOCUMENT_TOKEN_TO_BE_REPLACED

If you are able to turn your attention away from the COVID/Coronavirus situation for just a moment, you may remember that … END_OF_DOCUMENT_TOKEN_TO_BE_REPLACED

Do I have to pay a big deposit when I lease a new car? Firstly, thank you for the pictures of this brand-new BMW 3 … END_OF_DOCUMENT_TOKEN_TO_BE_REPLACED

Thank you to our business car leasing customer, from … END_OF_DOCUMENT_TOKEN_TO_BE_REPLACED

Audi PHEV Car Leasing Thank you to our business … END_OF_DOCUMENT_TOKEN_TO_BE_REPLACED