As CO2 reporting for UK quoted companies comes in to law from this year, their fleets of vehicles will be under even more scrutiny than ever before.  Tax bands continue to  change to  encourage ever cleaner cars with rewards of lower road tax.  Economical cars, especially those with lower emissions so lower road tax, are maintaining their value better than other cars. This trend is influencing future valuations of funders, adding weight to the argument for leasing companies revisiting their figures for electric and hybrid cars

Vauxhall has given their Astra range the once over and it is soon to benefit from the new 1.6 litre diesel engine, which at less than 90 g/km is competitive with the cleanest of  diesels. The face-lifted Astra will be quieter, quicker and will sit in a lower tax bracket.  Vauxhall will also be using the engine in the face lifted  Meriva people carrier. CO2 figures of less than 115g/km have been achieved in initial tests, but with final tweaks this may be improved. Fuel consumption of better than 64 mpg is being quoted by Vauxhall, Additionally, Vauxhall have installed the engine in the new Corsavan Ecoflex. With a combined consumption figure of 85 mpg, it leads the way in economy terms for a small van but still has a load capacity of over half a tonne.  A full test on the Corsavan will be my blog tomorrow 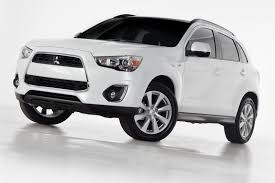 Carrying on from yesterday’s Mitsubishi theme, the manufacturer has this morning given a few details of the new hybrid Outlander 4×4. Mitsubishi were once one of the leaders in technology research and were first to run a ceramic engine and a compression ignition petrol engine. The latest Outlander is squarely   aimed at the Lexus RX450.  The new Outlander will have emissions of something lower than 50g/km.   Mitsubishi  have also revealed some details of an all-electric small car, that they are hoping to give a range of over 200 miles which they believe is the cut line for customer acceptance of electric cars.

Finally, the first BYD electric vans  have arrived from China this week. The first batch will be out on test with parcel companies and the NHS. As yet, we have no indication of price.

What is the best electric car to lease in 2019? When is that new Model 3 Tesla ready to price and order? Looking back over … END_OF_DOCUMENT_TOKEN_TO_BE_REPLACED

Audi A3 Car Leasing Deals Happy new car day to this Camden-based personal leasing customer. And a big thank you to … END_OF_DOCUMENT_TOKEN_TO_BE_REPLACED

The Ultimate Electric Supercars are available now Nothing has given the world of EVs more credence, or excitement, than … END_OF_DOCUMENT_TOKEN_TO_BE_REPLACED

Thank you to our business car leasing customer, from Hereford, for sending pictures of their latest fleet addition - the … END_OF_DOCUMENT_TOKEN_TO_BE_REPLACED

If you are able to turn your attention away from the COVID/Coronavirus situation for just a moment, you may remember that … END_OF_DOCUMENT_TOKEN_TO_BE_REPLACED

Do I have to pay a big deposit when I lease a new car? Firstly, thank you for the pictures of this brand-new BMW 3 … END_OF_DOCUMENT_TOKEN_TO_BE_REPLACED

Thank you to our business car leasing customer, from … END_OF_DOCUMENT_TOKEN_TO_BE_REPLACED

Audi PHEV Car Leasing Thank you to our business … END_OF_DOCUMENT_TOKEN_TO_BE_REPLACED