Launched with mind-blowing economy and emission figures, the Outlander PHEV appeared to be the answer to so many drivers ideal car. With more and more hybrid electric vehicles being launched by BMW, Mercedes, Audi and VW to name but a few, some drivers have called into question some of the claims of fuel economy and savings. 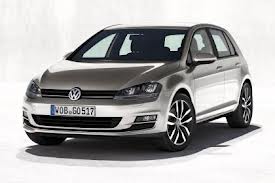 Because of its emissions, the savings offered to a company car driver by the PHEV are fabulous. Although the emissions are calculated using the initial mileage on electric only, company car drivers can rely on the published figures to calculate their car tax, whether or not the day-to-day use is different  from the 44g/km. Even on 2015 company car tax rates the PHEV will only be taxed at 5%

With economy figures of better than 120mpg, the PHEV appears to offer enormous savings on your fuel bill. But in order to achieve anything like this, the car has to be plugged in and fully charged, driven on electric only until the battery is flat and then at a steady 56 mph on a relatively flat road. Our own customers and averages across online reviews suggest a real life average figure of about 47mpg. Great for a 4×4 but don’t confuse the PHEV with a Mercedes ML or X5. The rivals to the PHEV are cars like the  Skoda Yeti, the VW Tiguan, the Range Rover Evoque.  Our own Yeti averages 48 mpg in general use and our last Tiguan 47mpg.  Given that a hybrid car is a more expensive leasing option for a company car, a non hybrid may be £60 a month cheaper or 5000 miles a year free fuel. But factor back in company car tax savings and it will more than make up for this so you pay your money and take your choice, but clearly the advantage of the hybrid is lost as you cover high mileage with your lease car.

Should you have Range anxiety?:

With a plug-in electric hybrid like the PHEV, the range of your car is not limited as the engine takes over once electric power is depleted. But, as you travel longer distances, the hybrid advantage reduces and so does your average fuel consumption.

Does Hybrid Electric suite all drivers?:

If you, like me, have a commute to work that is less than 15 miles each way, then you will benefit from the PHEV’s electric only range of 33 miles. In that case you will be ideally suited and live happily ever after and could average fuel consumption of around 100 mpg. But that does not fit the profile of a high mileage lease car driver who will spend their time flying up and down motorways at high-speed.

What is the best electric car to lease in 2019? When is that new Model 3 Tesla ready to price and order? Looking back over … END_OF_DOCUMENT_TOKEN_TO_BE_REPLACED

Audi A3 Car Leasing Deals Happy new car day to this Camden-based personal leasing customer. And a big thank you to … END_OF_DOCUMENT_TOKEN_TO_BE_REPLACED

The Ultimate Electric Supercars are available now Nothing has given the world of EVs more credence, or excitement, than … END_OF_DOCUMENT_TOKEN_TO_BE_REPLACED

Thank you to our business car leasing customer, from Hereford, for sending pictures of their latest fleet addition - the … END_OF_DOCUMENT_TOKEN_TO_BE_REPLACED

If you are able to turn your attention away from the COVID/Coronavirus situation for just a moment, you may remember that … END_OF_DOCUMENT_TOKEN_TO_BE_REPLACED

Do I have to pay a big deposit when I lease a new car? Firstly, thank you for the pictures of this brand-new BMW 3 … END_OF_DOCUMENT_TOKEN_TO_BE_REPLACED

Thank you to our business car leasing customer, from … END_OF_DOCUMENT_TOKEN_TO_BE_REPLACED

Audi PHEV Car Leasing Thank you to our business … END_OF_DOCUMENT_TOKEN_TO_BE_REPLACED