Thank you to our existing business leasing customer, from St Helens (Merseyside), for sending through pictures of their latest fleet addition – the VW Passat PHEV. 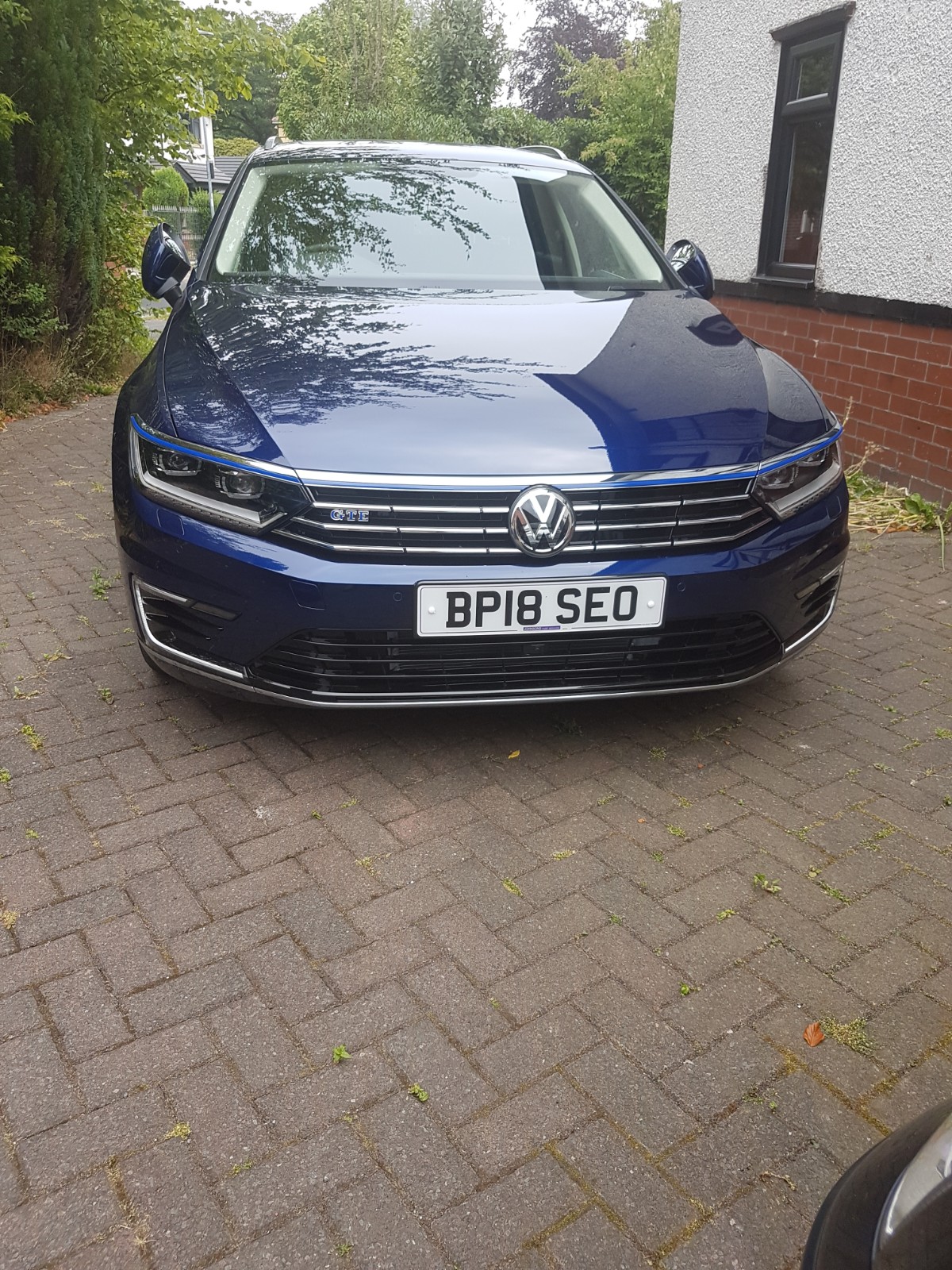 With Government pressures, regulation changes and amendments in technology the world of managing fleets and company cars is becoming an ever more difficult place to be. Making the right decision for fuel types/car types and general policies in definitely not an easy task.

One of the difficult propositions facing many companies are the changes in the tax and accounting regimes.

From April 2018, only vehicles which emit 110g/km (or less) are 100% allowable for corporation tax. Any vehicle which is 111g/km of more on CO2 can only claim 85% against corporation tax.

This will also include the unrelieved VAT (any VAT not reclaimed through the quarterly VAT return). In addition, the International Accounting Standards Board (IASB) is making changes to the way in which leases will be accounted for by a company.

From 1 January 2019, any leases must be treated as an “on-balance sheet” product.

This applies to any accounts which are prepared from 1 January 2019 onwards. Companies MUST seek specialist tax advice from their accountants on how best to prepare for this. This could change the way in which they decide to operate some of their fleet as this will affect the “gearing” ratio.

Added to this is the changes that will happen through the Worldwide Harmonised Light Vehicles testing Procedures (WLTP). From September 2017, any “new car types” have to adhere to these regulations. A new car type is one which is being introduced to the market for the first time. However, all new cars which are registered from September 2018 will have to adhere to the new testing standards although some “end of series” vehicles will be allowed to be registered and sold under the old testing standards (NEDC) until September 2019.

Europe is the first region in the world to go towards the real world/on the road style testing, in an effort to more accurately calculate a cars statistics, performance and emission.

Fundamentally, this is aimed to produce more honest figures to customers looking to purchase or lease a vehicle – i.e. avoid the recent VW (and other) scandals.

While the WLTP changes will produce more “honesty”, what is perhaps not quite being recognised is that many vehicles are likely to produce slightly more CO2 than previously thought. For businesses claiming rentals against tax and for company car users, there are going to be more costs in involved in running vehicles.

If you are awaiting a new company car, the statistics you were originally provided may not be correct now.

In addition, some vehicles may change for vehicle excise duty (VED) calculations. For any company operating in and around London (or similar cities) you have to consider the impact on congestion charges. At present, any car or van emitting 75g/km or less of CO2 can qualify for exemptions. The issue will be for the PHEV style vehicles, which under the new testing regulations may no longer qualify for the these exemptions.

Added to these current changes, is a new political enthusiasm towards the electric future. In recent discussions, the UK Government has stated that by 2030, around three fifths of new cars must be electric in order to meet greenhouse gases targets.

The political committee want between 30-70% of cars to be ultra-low emission and begin the phase-out of petrol/diesel versions by 2040.

Statistics show that currently fewer than 5% are “alternatively fuelled” which makes us think that these may be over-ambitious predictions. In order to achieve this, the Government is going to have to help manufacturers of new vehicles, franchised dealers and customers throughout this transition. 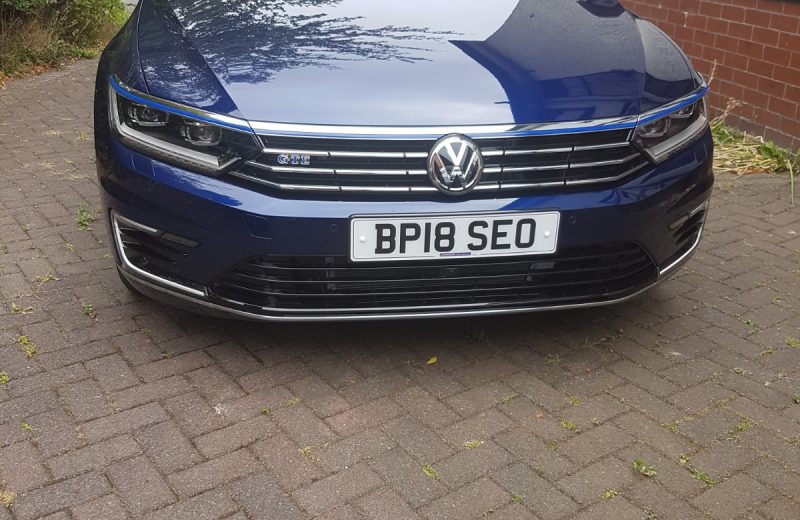 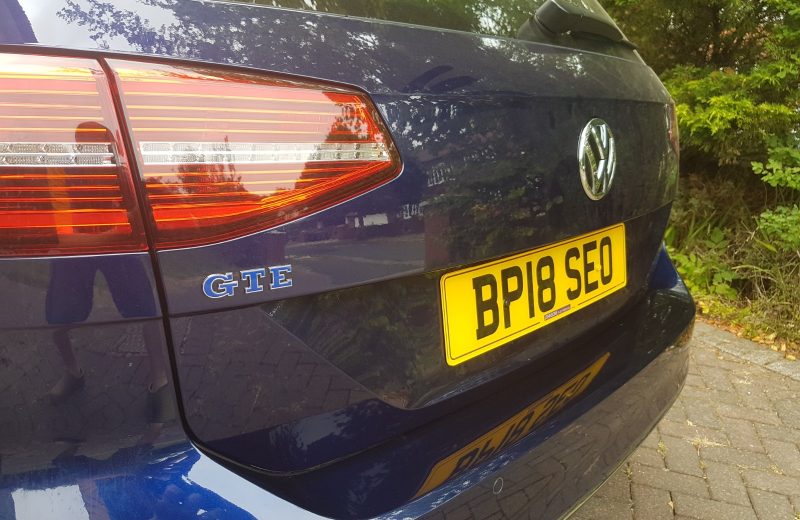 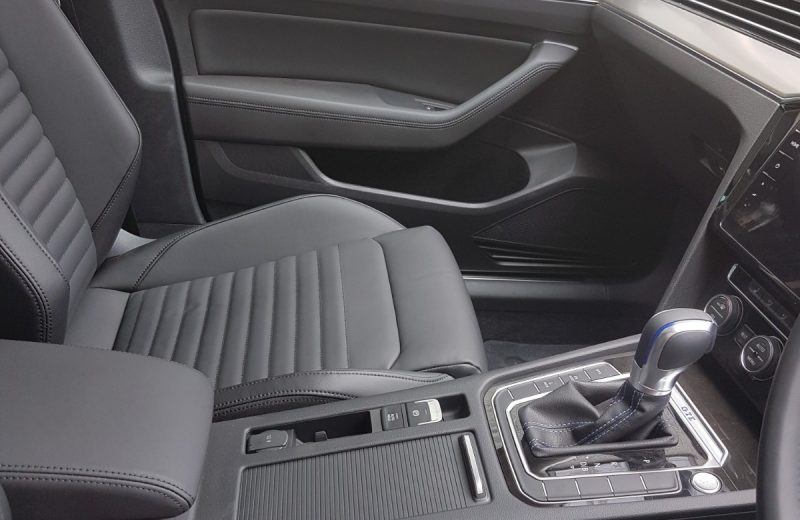 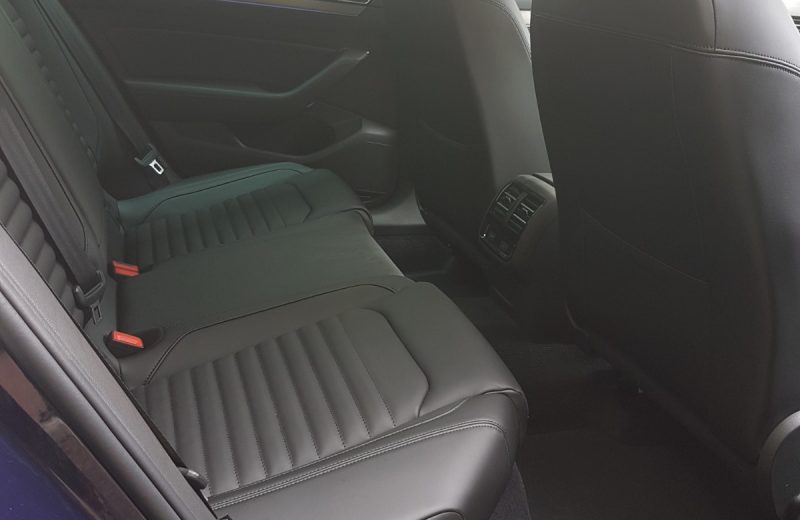 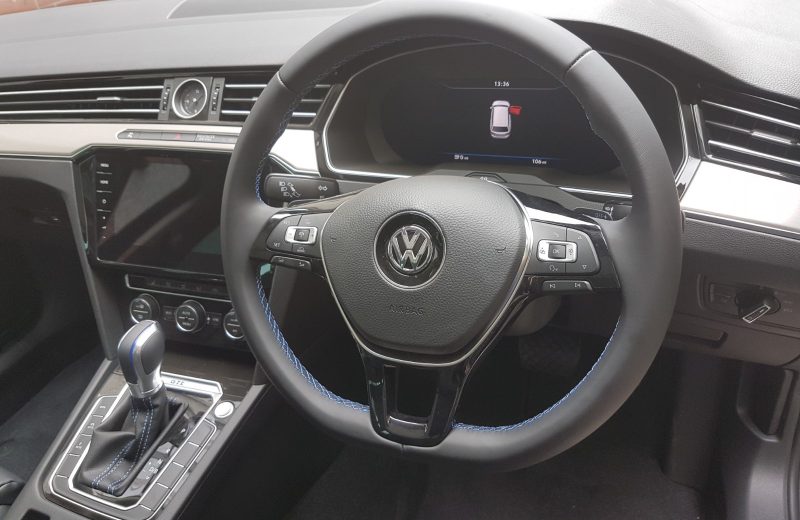 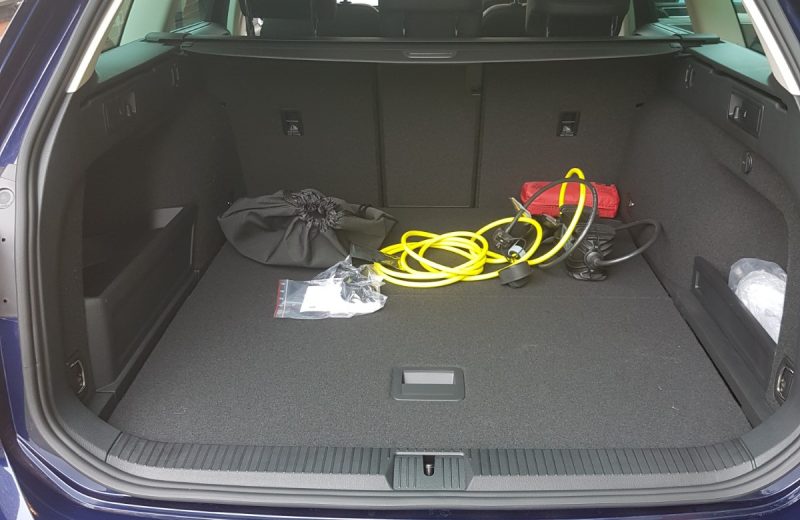 In terms of the car shown here, the Volkswagen Passat Estate 1.4 Petrol GTE Advance 5 door DSG (Auto), this is based on the following configuration:

So would the Passat be your select leasing option? With great alternatives nationwide in the Kia Optima PHEV, the BMW 330e Saloon, the Mitsubishi Outlander PHEV and Ford Mondeo Hybrid, you could decide to go in any direction. 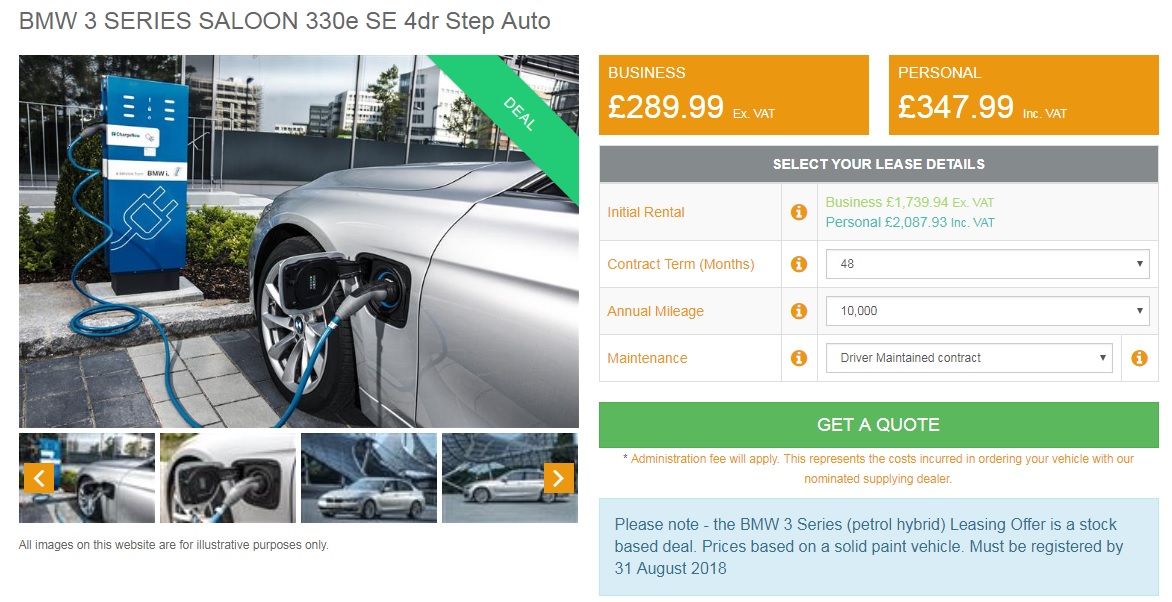 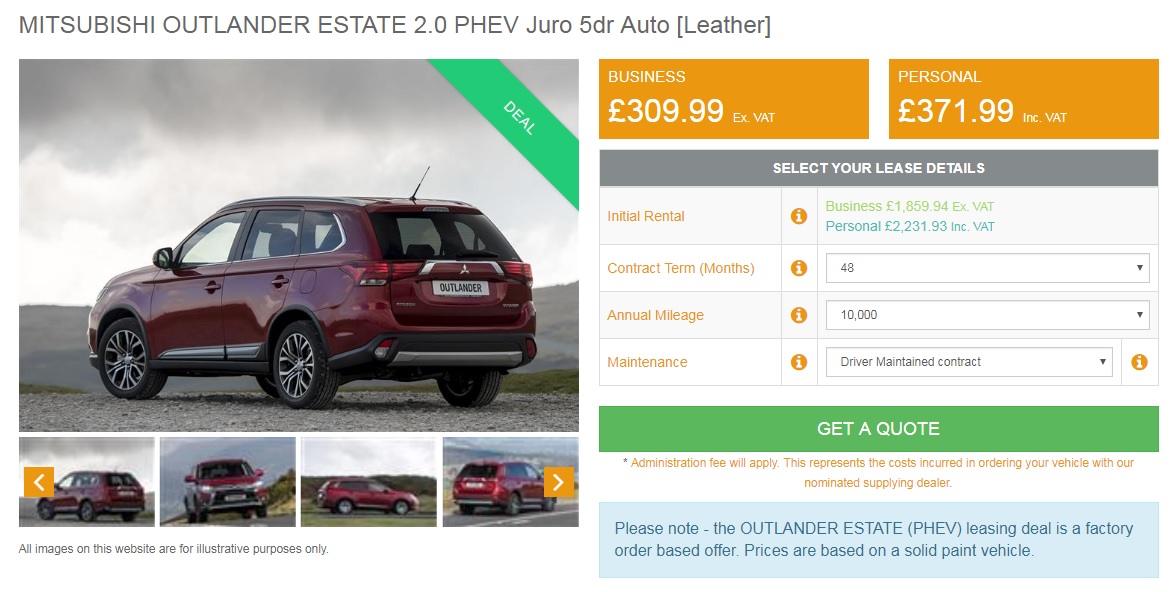 Which PHEV car would you choose to lease? Check out the best lease deals on the VW Passat here @CarLease UK

What is the best electric car to lease in 2019? When is that new Model 3 Tesla ready to price and order? Looking back over … END_OF_DOCUMENT_TOKEN_TO_BE_REPLACED

Audi A3 Car Leasing Deals Happy new car day to this Camden-based personal leasing customer. And a big thank you to … END_OF_DOCUMENT_TOKEN_TO_BE_REPLACED

The Ultimate Electric Supercars are available now Nothing has given the world of EVs more credence, or excitement, than … END_OF_DOCUMENT_TOKEN_TO_BE_REPLACED

Thank you to our business car leasing customer, from Hereford, for sending pictures of their latest fleet addition - the … END_OF_DOCUMENT_TOKEN_TO_BE_REPLACED

If you are able to turn your attention away from the COVID/Coronavirus situation for just a moment, you may remember that … END_OF_DOCUMENT_TOKEN_TO_BE_REPLACED

Do I have to pay a big deposit when I lease a new car? Firstly, thank you for the pictures of this brand-new BMW 3 … END_OF_DOCUMENT_TOKEN_TO_BE_REPLACED

Thank you to our business car leasing customer, from … END_OF_DOCUMENT_TOKEN_TO_BE_REPLACED

Audi PHEV Car Leasing Thank you to our business … END_OF_DOCUMENT_TOKEN_TO_BE_REPLACED