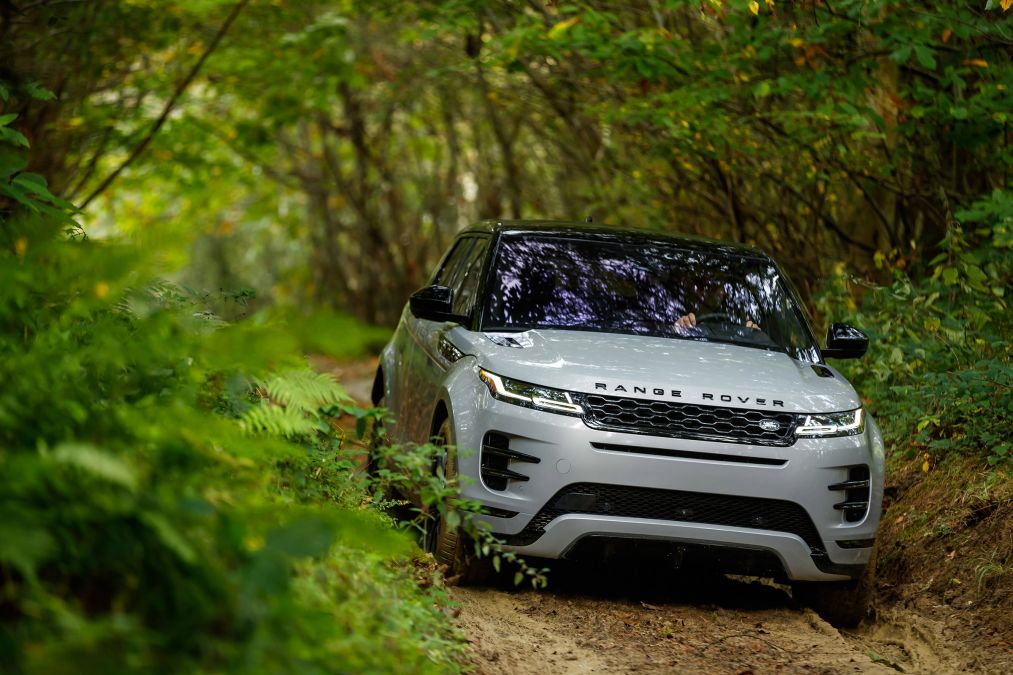 Land Rover has launched the 2019 Evoque with more technology available than virtually any new car launch. Deliveries should start in Spring of 2019, but we are already taking enquiries after the amazing specifications where made public.

With Volvo and Audi eating into the market share of Land Rover, the new Evoque needed to be a bit special, we think it is.

In 1997, Land Rover launched the Freelander and with it created an entirely new genre of car. Through several generations and reinventions, it was the car to beat for the next few years.

In 2011, they did it again with the Evoque and went on to build nearly a million of them and still counting. But the competition is once again catching up.

The new Evoque is a completely new car but maintains the exterior look of the car it replaces. Land Rover has developed a new platform for the car to allow for the technology that they wanted to include. For example, early in 2020, a 48 volt plug-in hybrid will break cover, using an all-new three cylinder engine, specially developed for the hybrid set up. The technology will probably be used in the XE Jaguar as well.

Physically, the new Evoque is exactly the same size as the model it replaces, but the wheelbase is longer, allowing for batteries and various power variations. The three door model has been dropped completely and the convertible is doubtful. Much of the suspension technology of the Velar has been used rather than the outgoing Evoque original units. The Velar system intrudes less into the cabin space, again making room for new technology.

Launch engines are as expected the Ingenium range of petrol and diesel, to be fair they are great engines. 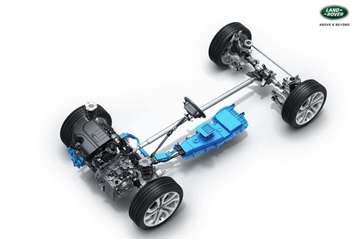 In a effort to make 4×4 greener, virtually all four wheel drive models will have the 48v hybrid system. Every model will have a new belt driven, integrated starter motor/generator that will charge a battery as the car decelerates. The stored energy is used under acceleration and can improve efficiency by 6%. It also helps the 4×4 to achieve 149g/km emissions and over 50 mpg on the new WLTP test cycle.

Within 2020, a plug-in hybrid version will launch. With emissions of 45g/km, it will be a class leader, no other details are available right now.

Of course, Land Rover is famous for its four wheel drive and it is no surprise that they have developed their own all wheel drive system even further. The new Evoque will benefit from the Terrain Response 2 with adaptive stability and what JLR calls traction-keeping, which is their own software. The new Evoque will have enhanced wading ability with improved water-proofing on the drivetrain.

The new Evoque will be a step up in luxury from the outgoing model. The redesigned cockpit is more Velar like than the original Evoque. Land Rover have developed new materials including a new wool blend textile as an alternative to a leather interior.

What is the best electric car to lease in 2019? When is that new Model 3 Tesla ready to price and order? Looking back over … END_OF_DOCUMENT_TOKEN_TO_BE_REPLACED

Audi A3 Car Leasing Deals Happy new car day to this Camden-based personal leasing customer. And a big thank you to … END_OF_DOCUMENT_TOKEN_TO_BE_REPLACED

The Ultimate Electric Supercars are available now Nothing has given the world of EVs more credence, or excitement, than … END_OF_DOCUMENT_TOKEN_TO_BE_REPLACED

Thank you to our business car leasing customer, from Hereford, for sending pictures of their latest fleet addition - the … END_OF_DOCUMENT_TOKEN_TO_BE_REPLACED

If you are able to turn your attention away from the COVID/Coronavirus situation for just a moment, you may remember that … END_OF_DOCUMENT_TOKEN_TO_BE_REPLACED

Do I have to pay a big deposit when I lease a new car? Firstly, thank you for the pictures of this brand-new BMW 3 … END_OF_DOCUMENT_TOKEN_TO_BE_REPLACED

Thank you to our business car leasing customer, from … END_OF_DOCUMENT_TOKEN_TO_BE_REPLACED

Audi PHEV Car Leasing Thank you to our business … END_OF_DOCUMENT_TOKEN_TO_BE_REPLACED