As diesel engine powered cars and light commercial vehicles strive to compete with the low emissions of hybrid and electric vehicles, manufacturers have turned to products such as AdBlue to clean up their exhaust emissions 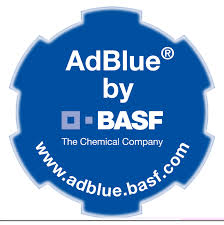 AdBlue is non-flammable and non-toxic. With care, it is harmless. It is a mix of urea and water, which is injected into the exhaust and a chemical reaction converts the nitrous oxides in your exhaust into water and nitrogen, both of which are completely harmless, thereby reducing emissions and by definition (open to debate) improving efficiency

How is it added?

Manufacturers that have adopted it have added a tank, normally 15 – 20 litres, with a nozzle next to the fuel nozzle. You can buy AdBlue at most fuel stations and all manufacturer garages and it is simply added via this nozzle. A word of caution here, AdBlue is mostly water and will harm a diesel engine if put in the wrong tank, take care

Not really, depending on how much you buy at a time, it varies in price between 30 p and 70 p per litre, which adds between 3 and 7% to your fuel costs, given a metered use of approximately 1.5 litres per 1000 km or 620 miles

A necessary addition but a real saving

Not so simple though

A diesel engine has an ideal window of use for there to be a real saving over a modern small petrol alternative, especially as diesel fuel is now more expensive and a petrol derivative car is often cheaper.  If you do a high mileage and drive at normal, sensible speed, the benefit of a diesel is often negligible. If you drive a normal 10,000 a year, with a mixed use mileage, a diesel comes into its own as it burns all the fuel all the time. If your mileage is low, then a diesel, which takes longer to get to operating temperature range, loses much of its advantage. Lower mileage diesel use has also resulted in Diesel Particulate Filter failure being the single biggest issue of complaint in the motor industry,where the engine doesn’t ever get warm enough to clean the filter with hot, clean exhaust gas.  AdBlue helps diesels fight back on both fronts, with less problems with the DPF and facilitates the new even more efficient diesel engines, that aim to be the fuel of choice

AdBlue and a maintenance agreement

At Carlease UK, we strongly recommend that a vehicle has maintenance included in the deal. With just one call, you can have your servicing arranged, your car picked up from your office to be returned later.   Tyres are included in a maintenance contract, even including accidental damage which accounts for more than a quarter of tyre replacements in the UK.  When you have a maintenance package, consumable items such as your screen wash and oil top ups in between services are not included. This is also the case for AdBlue, mainly because there is a proven real cost saving with its use

With other manufacturers yet to play their hands, Mercedes-Benz has committed to free AdBlue top ups for year one of a new BlueTEC model. It seems unlikely that other manufacturers will not follow suit, but I for one do not want to be visiting a garage every few thousand miles

What is the best electric car to lease in 2019? When is that new Model 3 Tesla ready to price and order? Looking back over … END_OF_DOCUMENT_TOKEN_TO_BE_REPLACED

Audi A3 Car Leasing Deals Happy new car day to this Camden-based personal leasing customer. And a big thank you to … END_OF_DOCUMENT_TOKEN_TO_BE_REPLACED

The Ultimate Electric Supercars are available now Nothing has given the world of EVs more credence, or excitement, than … END_OF_DOCUMENT_TOKEN_TO_BE_REPLACED

Thank you to our business car leasing customer, from Hereford, for sending pictures of their latest fleet addition - the … END_OF_DOCUMENT_TOKEN_TO_BE_REPLACED

If you are able to turn your attention away from the COVID/Coronavirus situation for just a moment, you may remember that … END_OF_DOCUMENT_TOKEN_TO_BE_REPLACED

Do I have to pay a big deposit when I lease a new car? Firstly, thank you for the pictures of this brand-new BMW 3 … END_OF_DOCUMENT_TOKEN_TO_BE_REPLACED

Thank you to our business car leasing customer, from … END_OF_DOCUMENT_TOKEN_TO_BE_REPLACED

Audi PHEV Car Leasing Thank you to our business … END_OF_DOCUMENT_TOKEN_TO_BE_REPLACED