It is 36 years since the original Astra launched. The latest, the 7th generation version has been released and we have had one for the week. Pretty much everything is new and Vauxhall have demonstrated the ambitions of their new senior management team in this car. 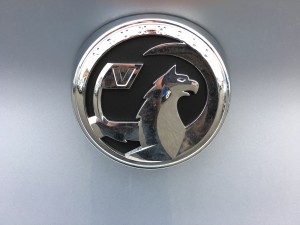 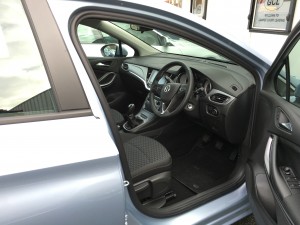 Quality of build and reliability with superb technology has served Ford well over the last ten years. Vauxhall have taken a similar route to that of Ford with a range of products and specifications to cover any private buyer or private lease customer to company car drivers. The Insignia and Mokka have been well received by company car drivers.
Developing a platform and building multiple cars on it has long been used by VW, starting with their MBQ platform on which they launched the Golf. Vauxhall developed their D2XX in 2012 with a view to building a stronger but lighter car. The new platform was needed to achieve the aim of a smaller car with more room inside in the case of the new Astra.
Engine-wise, Vauxhall need to compete with VW and Ford. Launch engines will be the new 1 litre three cylinder petrol, a 1.4 litre Ecotec petrol turbo and the 1.6 CDTi that we have been driving. The CDTi, launched in the face lifted Mokka, is a sub 100g/km CO2 unit that company car drivers will love for the tax saving. Additionally, it is powerful, quiet and capable of over 72 mpg. The Ecoflex engine at 82g/100km CO2 will undoubtedly be popular with high mileage leasing drivers but is not available at launch.

Spec wise, Vauxhall have thrown all their latest technology into the mix and come up with a list as long as your arm. The tech covers safety, for example LED lights, crash mitigation and avoidance. The information system that Vauxhall have named IntelliLink .

Vauxhall have for the first time in the UK included the OnStar system, a support/monitoring system giving the driver access to assistance 365 days of the year. This in time will be extended to included automatic break down/accident reporting and probably, assuming they can get over data protection issues, remote fault diagnosis. One small point here, eventually all cars will have systems like this on board. According to the insurance industry, this should lead to premiums falling by anything up to 50% as fraud will be all but eliminated and fault will be ascertained without a claims procedure.
In addition to the OnStar system, you can go on-line, along with any three other devices, on the 4G LTE mobile WiFi system. Free for year one and £79 a year there after and right now it has no competitors.
The IntelliLink system, which is by the way straightforward to use, includes Apple Car Play and Android Auto. This is clever marketing by Vauxhall and will appeal to private drivers as well as the company car drivers who account for three quarters of Astra sales.

What is the best electric car to lease in 2019? When is that new Model 3 Tesla ready to price and order? Looking back over … END_OF_DOCUMENT_TOKEN_TO_BE_REPLACED

Audi A3 Car Leasing Deals Happy new car day to this Camden-based personal leasing customer. And a big thank you to … END_OF_DOCUMENT_TOKEN_TO_BE_REPLACED

The Ultimate Electric Supercars are available now Nothing has given the world of EVs more credence, or excitement, than … END_OF_DOCUMENT_TOKEN_TO_BE_REPLACED

Thank you to our business car leasing customer, from Hereford, for sending pictures of their latest fleet addition - the … END_OF_DOCUMENT_TOKEN_TO_BE_REPLACED

If you are able to turn your attention away from the COVID/Coronavirus situation for just a moment, you may remember that … END_OF_DOCUMENT_TOKEN_TO_BE_REPLACED

Do I have to pay a big deposit when I lease a new car? Firstly, thank you for the pictures of this brand-new BMW 3 … END_OF_DOCUMENT_TOKEN_TO_BE_REPLACED

Thank you to our business car leasing customer, from … END_OF_DOCUMENT_TOKEN_TO_BE_REPLACED

Audi PHEV Car Leasing Thank you to our business … END_OF_DOCUMENT_TOKEN_TO_BE_REPLACED