Any new building in London is cooled artificially with air-conditioning, no longer because of

pollution, but because of traffic noise. As city noise reduces, so buildings will be able to open their windows again, this is why planners are pushing for electric vehicles in London.   As a city, it is like nowhere else in the UK, with the take up of electric vehicles being well suited to the demands of the place. It has on street charging bays in parking slots and exemptions from parking and access fees for LEV

That’s why I think that VW will do will with their new electric van range, which if successful it will extend from the initial launch models of a two small vans. Renault, with millions of miles of electric car and van experience under their belt with the Nissan Leaf, the Kangoo van and the

Twizzy car and van are currently leading the way in London. Trendy delicatessen, flower shop and other small deliveries can be seen whizzing all over the city in Twizzy and Kangoo electrics, silent and emission free 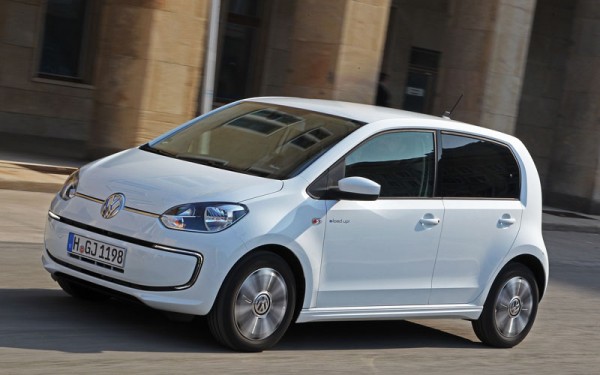 In Europe the market leader by a country mile is the VW e-Up. It is ready-made to be a small van, and the ready to launch e-load up was shown recently, with the load room of a Fiesta van, albeit a lower weight capacity. Based of the 5 door version of the e-Up, the rear end is stripped out and lined for ease of use. A simple bulkhead is fitted as standard. The electric motivation is the standard 82 bhp unit, which accelerates every bit as well as you will ever need in a city and reaches 80 mph, although you will not want to do that too often.

Sensible use will result in a range of approaching 100 miles, but cold weather will reduce this as will congestion and warm weather will increase it. Initially, you will consider this van to be expensive, with a supply price of £19,000, it’s not going to be cheap per month. But, at £1.80 for 100 miles, compared say with a small diesel at £13 and servicing costs of £50 per year, for a van covering 10,000 per annum, the savings start to add up. A small van will use £1300 of fuel compared with £180 of electricity, plus a road fund and servicing saving of £100. 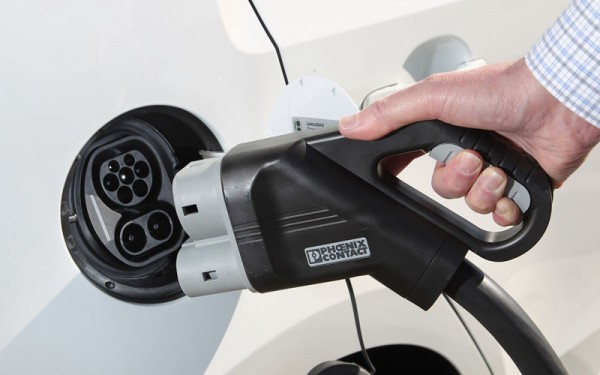 Charge at the office

The saving is £100 per month, aligning it with a small van lease and that’s not to mention the fact that it simply plugs in at night at the office or home. An additional possibility is the e-Caddy from VW, a slightly bigger van based on an existing platform and using running gear from the upcoming e-Golf.

This is a sure bet, if only for the publicity. In some European cities, including possibly London over the next five years, zero emissions will be a requirement for any vehicle to access the city, so e-vans will be an absolute necessity. E-Caddy in fact is being trialled by postal companies in Germany and Holland, with reports being very positive.

What is the best electric car to lease in 2019? When is that new Model 3 Tesla ready to price and order? Looking back over … END_OF_DOCUMENT_TOKEN_TO_BE_REPLACED

Audi A3 Car Leasing Deals Happy new car day to this Camden-based personal leasing customer. And a big thank you to … END_OF_DOCUMENT_TOKEN_TO_BE_REPLACED

The Ultimate Electric Supercars are available now Nothing has given the world of EVs more credence, or excitement, than … END_OF_DOCUMENT_TOKEN_TO_BE_REPLACED

Thank you to our business car leasing customer, from Hereford, for sending pictures of their latest fleet addition - the … END_OF_DOCUMENT_TOKEN_TO_BE_REPLACED

If you are able to turn your attention away from the COVID/Coronavirus situation for just a moment, you may remember that … END_OF_DOCUMENT_TOKEN_TO_BE_REPLACED

Do I have to pay a big deposit when I lease a new car? Firstly, thank you for the pictures of this brand-new BMW 3 … END_OF_DOCUMENT_TOKEN_TO_BE_REPLACED

Thank you to our business car leasing customer, from … END_OF_DOCUMENT_TOKEN_TO_BE_REPLACED

Audi PHEV Car Leasing Thank you to our business … END_OF_DOCUMENT_TOKEN_TO_BE_REPLACED