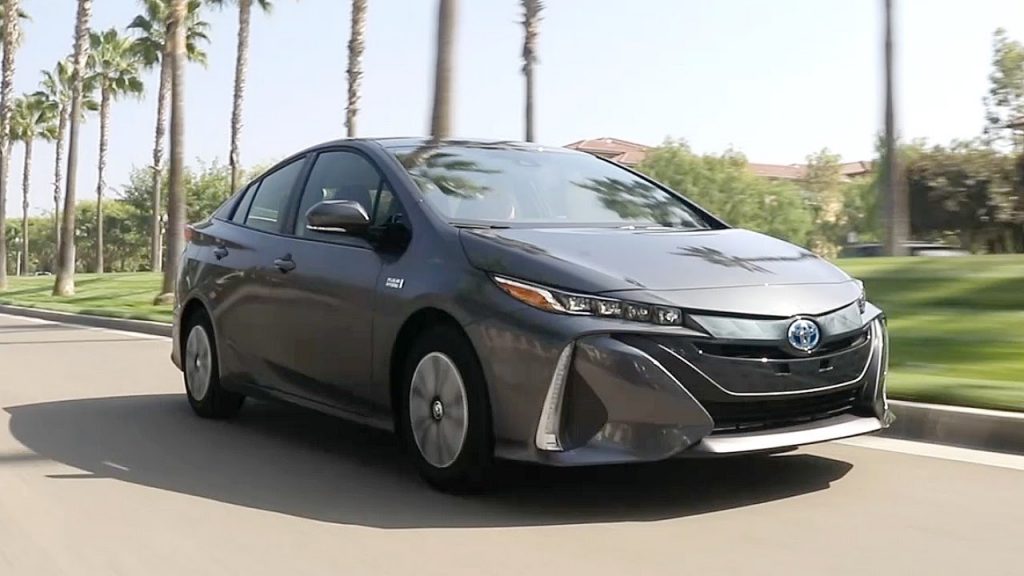 How good is the new Prius Prime in real life?
Compared to electric only cars like the BMW i3 and the Nissan Leaf, the Toyota Prius Prime with an electric only range of 25 miles appears to be back of the queue. But when you speak to as many people as we do about e-cars and eco car leasing, what comes out is that they want the best of both worlds, something like a BMW i3 Range Extender but with longer range and a bigger engine: enter the Prius Prime. 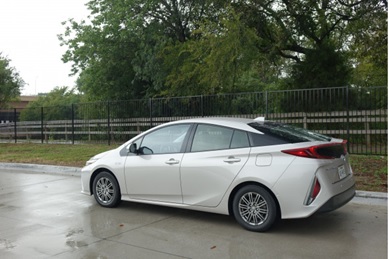 To be honest, when I try a car, I drive it normally to get a real life feel for how it will perform in real life.

Charging the Prius Prime…
The Prius I had came with both a home charging plug cable and a fast charge cable for charge points. The only one that I tried was the three pin. It took about 6 hours, so a relaxed overnight, to fully charge the near 9kwh battery pack. The indicated range was 25 miles and my journey to work is 8 miles. Just for fun I took a longer run into work and set off early with a 13 mile route in mind.
At no time did I take it easy and arrived at my office with a range of 11.6 miles remaining. With slightly more relaxed driving I guess I could have improved this.

But get these figures…

8.8kwh from flat, less than £1 for 25 miles, something slightly better than 110 miles per gallon equivalent.

As I reached the end of the battery charge, the engine cut in and is really quiet. Running on petrol/hybrid power, it averaged 58.6 mpg for me on the day. No range anxiety, no charge issues. If you have something less than 25 miles to drive to work, you can cover this for half a gallon of petrol and about 90p, ideal. 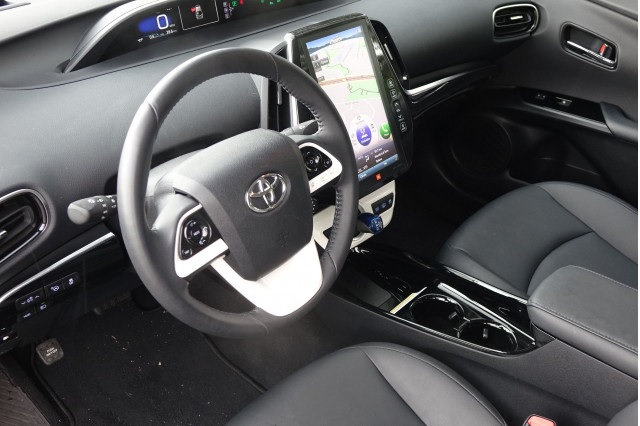 The interior of the Prius has a small nod to the Tesla large screen set up. You will love it or hate it. In use though, Toyota should have done a better job with the quality and resolution of this unit. In context of the rest of the car this is a disappointment. It feels like something you buy off ebay and fix to your dashboard, it’s a real shame.

Overall though, this car can really reduce the running costs of many users. The 25 mile each way falls into the 11,000 miles per annum average bracket and an equivalent of at least 80 mpg for your daily commute.

So would you consider the Toyota Prius Prime when it hits UK shores? Or would the BMW i3, Nissan Leaf or Tesla Model S be your electric car leasing option?

Comment below with your thoughts on Electric Car Leasing…

What is the best electric car to lease in 2019? When is that new Model 3 Tesla ready to price and order? Looking back over … END_OF_DOCUMENT_TOKEN_TO_BE_REPLACED

Audi A3 Car Leasing Deals Happy new car day to this Camden-based personal leasing customer. And a big thank you to … END_OF_DOCUMENT_TOKEN_TO_BE_REPLACED

The Ultimate Electric Supercars are available now Nothing has given the world of EVs more credence, or excitement, than … END_OF_DOCUMENT_TOKEN_TO_BE_REPLACED

Thank you to our business car leasing customer, from Hereford, for sending pictures of their latest fleet addition - the … END_OF_DOCUMENT_TOKEN_TO_BE_REPLACED

If you are able to turn your attention away from the COVID/Coronavirus situation for just a moment, you may remember that … END_OF_DOCUMENT_TOKEN_TO_BE_REPLACED

Do I have to pay a big deposit when I lease a new car? Firstly, thank you for the pictures of this brand-new BMW 3 … END_OF_DOCUMENT_TOKEN_TO_BE_REPLACED

Thank you to our business car leasing customer, from … END_OF_DOCUMENT_TOKEN_TO_BE_REPLACED

Audi PHEV Car Leasing Thank you to our business … END_OF_DOCUMENT_TOKEN_TO_BE_REPLACED