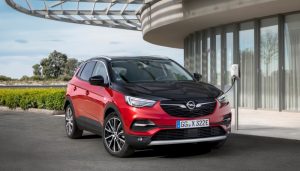 Peugeot Citroen group release their first electric hybrid with the Grandland Hybrid. The Vauxhall plug in hybrid Grandland has been unveiled with a 297bhp petrol-electric drivetrain and a 13 kwh battery. The PSA developed system, which should shortly appear in Citroen and Peugeot models, as well as the second generation Mokka. The new Phev uses […]

Thank you to our business car leasing customer, from … END_OF_DOCUMENT_TOKEN_TO_BE_REPLACED

Audi PHEV Car Leasing Thank you to our business … END_OF_DOCUMENT_TOKEN_TO_BE_REPLACED